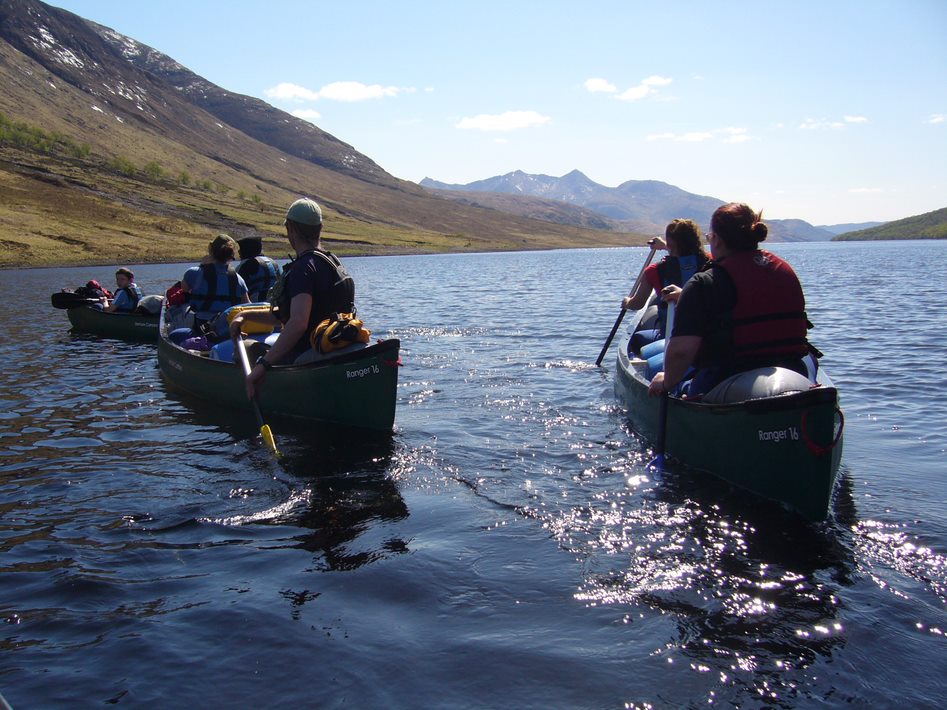 Emma was “having a bad time of it” before she came to Venture Scotland. She completed the programme six years ago.

I was always a happy, bubbly, chatty person, and fortunately I am again now.

But in my mid-20s I went from being completely normal to ridden with anxiety.

There were a series of events that probably triggered it. I lost my job, I broke up with my ex-boyfriend, I lost all my money after being let go from a flat after just a couple of months.

I ended up homeless, in and out of charity places, between B&Bs. I was kicked out of a few for not sticking to curfews. It was hard being told you can’t go and see your mum and dad, or stay over at your friends.

I secluded myself, became very introverted and didn’t want to talk to anybody. The anxiety stopped me working and I couldn’t deal with daily tasks like shopping. Just getting on a bus would make me really nervous. I didn’t want to go anywhere.

Ruth, my support worker from the Bethany Christian Trust, remembered me saying how much I loved outdoors stuff when I was at school and showed me a Venture Scotland leaflet.

I wasn’t sure to be honest. I knew it would mean being with people I didn’t know. At the introduction day I wanted to run away. The only reason I didn’t was because Ruth came with me.  I just sat there quietly, keeping my head down. I didn’t want to look at anybody else.

I found out later that nobody knew what my deal was. I didn’t get too involved initially, just gave one-word answers, kept my voice low. But everything changed on a bothy trip. Everybody was by the campfire after a day out walking and I just came out with it. ‘I’m really sorry I’m not that great to talk to but I’m not that kind of person. I’m just really nervous, I don’t want anybody not to like me’.

Jerome, our course leader, said it was a breakthrough moment. Everyone said: ‘We all thought something was up; we just didn’t know what to say to you because you were so quiet’.

After that everything clicked. I made friends with everybody and we went from there. We called ourselves ‘the wee VS family’. There are still a few of us that keep in touch. When things happen in life, we all wish we could go back to Venture Scotland.

When you feel so out of place with everything else, it was the one thing I looked forward to every week. Whether it was going on a walk, or canoeing, or a camping trip, that was what made my weeks – going to see friends, having a purpose, feeling included in something.

I still had anxiety attacks but it became easier because there were less things to trigger them. I felt more

comfortable about who I was with, so it was OK to say something.

I enjoyed everything, especially things like ‘weaseling’, with everyone encouraging each other to get through these small spaces, were great. I have a lovely memory of hundreds of butterflies in a field on the way to a waterfall.

I was shattered at the end of bothy trips but felt so much better for being outdoors all that time.

When you are in the city and worried about money, where you are staying, family, all these things build up into situations you can’t handle. Being in the middle of nowhere in a place like Glen Etive, with no-one else about, made it much easier not to be stressed about things. You could lose your temper and shout at the hills and then you are fine. That is the point – you are supposed to lose your temper. You always get annoyed by some people.

I remember a walk on our practice expedition where we were all fed up, arguing about which way we should go. I just stood up and exploded. ‘Everybody needs to just get on and shut up moaning!’ They listened after that though, and we all got to the end of it.

People can handle more than they think. We are not put into situations where we have to fend for ourselves enough, so we don’t know we can do it.  But you learn that you can go out walking in all different types of weather, stick up a tent, make your dinner in a pot.

You are not just caring for yourself; you look after everybody. If you have put your tent up, you might ask someone if they want a hand with theirs. You do a walk with a group and it is not all about you getting to the finishing line; you check on others. You are only as fast as your slowest member.

Doing the VS course brought my confidence back. It flipped my life back around and put more focus on what I wanted.

I got involved with more charities and ended up going to Tanzania with Raleigh International, working as a logistics coordinator for three months. I used some of the principles in games I learnt at VS to help bring young people together and play with the local kids. It was like breaking the language barrier, getting people integrated into the community.

I am now a support worker with a group called Enable Scotland, helping people find employment.

I was always a very caring person, going out of my way to help others. That is where I think I got my anxiety from because I might have let people tread on me before. But VS built me back up to believing other people can be caring like that as well. They just need to learn how.