Venture Scotland is a registered charity (SC013901), founded in 1987 by a group of young volunteers who were inspired by their experiences of volunteering with Raleigh International. Over the past 30 years, we have become Scotland’s only provider of long term, outdoor based, personal development for disadvantaged young people.

What does Venture Scotland do?

Venture Scotland’s aim is to empower disadvantaged young people to first recognise their skills and strengths and then achieve their potential and in doing so, turn their lives around and make an active contribution to their local communities.

Each year we support 100 young people aged 16-30 to develop new life skills and build their confidence, improve their mental and physical health and increase their access to employment, training, education and volunteering. We do this by providing a 12-month intensive outdoor based personal development programme known as “The Journey”.

Through our programme we aim to build trusted and caring relationships with our participants and to create a safe space for them to change their own lives. By providing challenging, creative and optimistic opportunities we enable young people to fully explore their capabilities, explore and develop their potential and help them in the acquisition of transferable life skills. Our main goal is to provide a safe, stable and challenging environment enabling personal growth, positive change and achievement to take place. 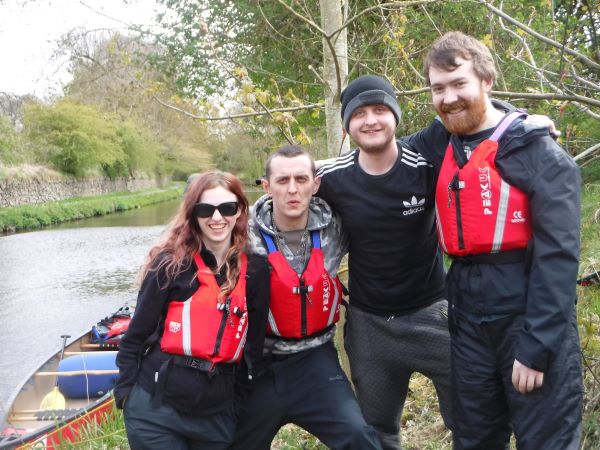 Venture Scotland engages with some of the most disadvantaged young people from the greater Edinburgh and Glasgow areas; both cities suffer from significant areas of social deprivation, poverty, health inequality, unemployment, crime and substance misuse problems.

Many of the young people we work with have suffered Adverse Childhood Experiences (ACEs) or have suffer trauma through mental, physical or sexual abuse. When they are referred to us, young people are commonly leading extremely chaotic lives; characterised by a lack of structure and a complete lack of confidence, self-esteem and self-belief. It is common for the young people we work with to be involved in negative, harmful, destructive and risk-taking activities such as drug and alcohol misuse, crime or prostitution, in order to cope with their situation. Many that we work with self-harm, have mental health problems and are in poor physical health. Their misuse of drugs and/or alcohol often reflects a desire to escape lives that are often lonely, hopeless and violent but they are survivors and they come to us asking for help to turn their lives around.

Why does it work?

Our committed team of trained, highly skilled staff who really care for the young people.

Our team of dedicated, trained volunteers who come from a diverse range of backgrounds from our local community.

Lots and lots of time. Young people who complete all four stages of our programme spend a minimum of 724 hours in contact with staff and volunteers.

Voiced repeatedly and proven by researchers to be the best environment in which to improve mental health, physical health, wellbeing and learn new skills.

However, the numbers only tell a small part of the story. Using SHANARRI indicators young people report continual and significant improvements in their feelings around being Safe, Healthy, Active, Nurtured, Achieving, Responsible, Respected and Included. 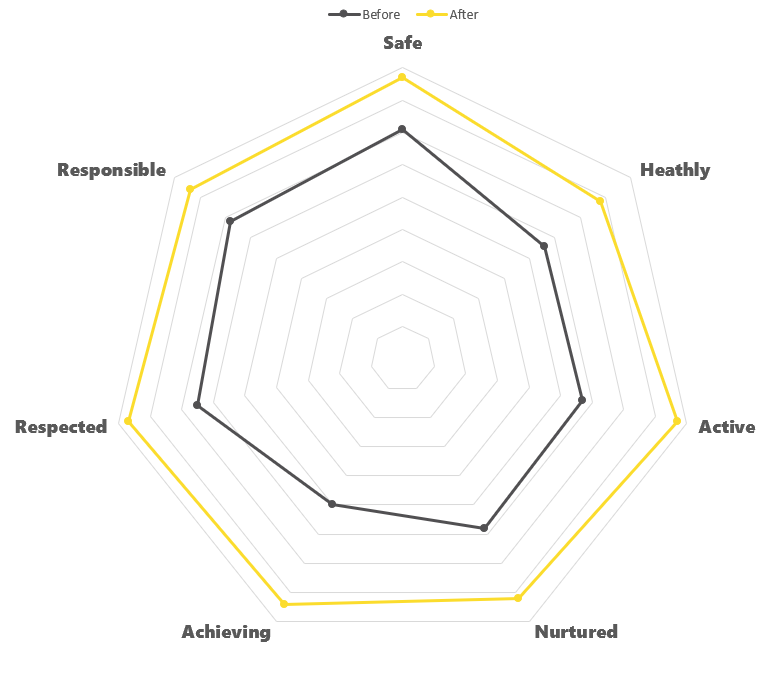 Want to find out more about
our charity?

You can click on the Corporate Wellbeing Tab to come back at any time!