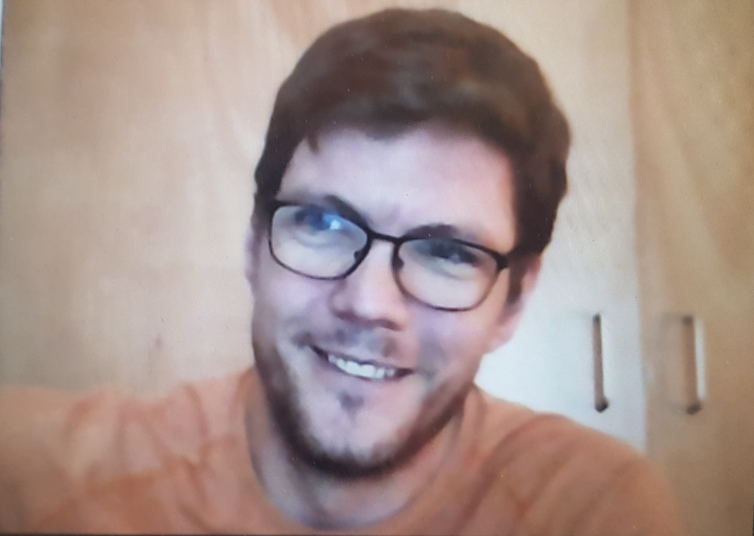 Allan was homeless when he discovered Venture Scotland 20 years ago. This is his story…

As a 15-year-old I thought I knew everything. I knew where I wanted to go and what I wanted to do. I was quite driven and strong-minded, but I made stupid, impulsive mistakes.

I didn’t go looking for trouble but often found myself in situations and wondering how I got there.  I was surrounded by some colourful characters who were prone to getting themselves into bother and not giving too much of a hoot about authority.

After having some issues at home, I decided to move out of my parents’ house and by the time I was 16, I was in the homeless system.

Moving between hostels, I was homeless for nine months. I found myself in Newlands House in Bathgate when I first heard about Venture Scotland.

After leaving home and school I didn’t really have a support network. I lost all the focus and structure I had in my life. I didn’t have a sense of belonging. Venture Scotland gave me all that. It was a safe place and it helped to catapult me towards a life I could move forward with.

A big, red-haired guy called Lawrence came out to my hostel to advertise what they provided.  This was in early 2000. It sounded a bit of a jolly: ‘Come away with us for a couple of weekends, get away from here, we’ll give you all your food’.  I just thought ‘Sod it, I’ll go. Nothing better to do.’

I was never really into the outdoors when I was younger.  My dad used to call me ‘Sir Slouch-a-lot’. If he said: ‘Let’s go for a walk in the Pentlands’, I’d be like, ‘Nah, I don’t want to’.

But I really enjoyed it. I went up to the bothy in Glen Etive a couple of times and really took to it. I got into a bit of mischief, but I pushed myself. The problem-solving activities and hill walks tested you in situations you wouldn’t usually find yourself. It was a great experience and a stepping-stone to other things.

Venture Scotland was a bit different 20 years ago. There was a calendar of activities, and you could drop in and keep in touch. It was very much left to young people how long they remained involved. Not many stayed for the whole year, but I did.

By then I had got some supported accommodation in Leith, which was round the corner from the VS office. I started to help them with activities and organise things like the John Muir award scheme.

I had a hand in planting most of the trees up at the Glen Etive bothy. I’ve lost count of how many trips I’ve made up there, with VS and others. I even helped install the toilet! I remember dragging in railway sleepers that came from Leith Docks – getting them over the river was a logistical nightmare.

It is a special place for me. I will always have fond memories of the time I spent up there.

It is the people you forge relationships with that stay with you. A guy called Ben Kellet was like a second father to me, an amazing man who invested a lot of time and effort into making me a better person. I always held him in such high esteem. He made me feel like everything was possible again.

After a year at VS I was really close to everyone; I couldn’t just switch it off.  I still helped out with some activities but also started volunteering with Fairbridge (a charity that later became part of The Prince’s Trust) and managed to get a job with them as a trainee outdoor instructor.

My period at VS allowed me time on the hills, and on the water, that I could log for my qualifications in mountain leadership, canoeing and climbing. It was a big stepping-stone for me to get my teeth into the sort of activities I wanted to do.

I still had a few dark moments after VS.  Working as a freelance for 10 years is tough when you don’t have a permanent contract. I missed the camaraderie of VS and the whole support network. But they gave me that mental agility to understand everybody goes through good and bad days. Having a bad day doesn’t mean your life is over. It is about accepting it for what it is and moving forward.

Venture Scotland had a massive impact on my life.  When I left home, I didn’t feel particularly good about the sort of person I was. After Venture Scotland I felt a lot better about being me again. I learned self-worth. I felt like it was acceptable to be me.

I am quite an emotional person – I lead with my heart, rather than my head, at times – but I was a bit more centred and rounded afterwards. I came out of it with a new sense of purpose, a network of friends, and feeling trusted as a young person.

I have some wonderful memories of just being in the outdoors with other people. I would never have had that opportunity without Venture Scotland. I would not be the person I am today if it wasn’t for them.

After 10 years trying to make it as an outdoor instructor, I moved into retail management, got a job with Halfords as a Bikehut sales manager for a few years and then as a store manager at Tiso.  I now work as a relief manager for a small trade company, The Paint Shed.

I got married to my beautiful wife Sarah on Portobello beach in 2016 and we have a 16-month-old boy who will know where the Glen Etive bothy is.  I’m hoping to bring him up with the same love of being outdoors that Venture Scotland gave me.