Robert’s Experience with VS 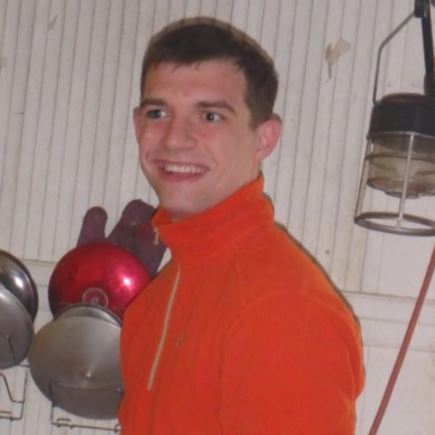 Robert is 21 and spent a large portion of his teenage years homeless, anxious, alone and disengaged from the community.  After spending time in and out of prison he was directed to Venture Scotland.

I was made homeless when I was 16, chucked out my mum’s house, chucked out of school and went through loads of different homeless accommodation like Blue Triangle the Housing Association for homeless people. I stayed there for about a year and I was getting into a lot of different stuff, I ended up smoking a lot of weed. I tried to go to Cardonald College and do graphic design, but I couldn’t stay with it.

“I was in and out of prison for six or seven months from the age of 17. I got chucked out of Blue Triangle when I was 18 and I was in trouble with the police, so I went to live in a B&B in Cessnock. It was pretty bad, a lot of bad drugs and weapons; there’s no security, it was terrible, I was depressed. I moved back to Paisley and started working doing door to door sales jobs. I never really had much family, just my mum and I don’t really speak to her. And my brother and sister but they’re in foster care. I got caught up in drugs and violence, anything to survive and got into quite a lot of trouble and ended up in prison for loads of different stuff.

“Prison changed me a lot, it really woke me up. I had a lot of time to think about stuff. It changed my whole perspective on life, and I started to think about my future. Coming out of prison, I found out about Venture Scotland through the Moving On project. I was willing to make a change, and this seemed the right thing to do.

but coming here has developed my confidence.

“It definitely does help, like getting out to the bothy and feeling normal again and then getting back in the community. Being at the bothy and the whole Venture Scotland experience, it’s not something you can explain. You have to be part of it, take that journey and experience it from the beginning to end and see the difference; it’s amazing!  It’s just the way these guys do it. They show you the right way. They don’t push you and they accept you for who you are. It’s a gradual process, step by step, you’re kinda climbing a ladder and they carry you the full way, no pressure, little steps.

“I left Venture Scotland early and went and did a course at West Glasgow College in accounting. Venture Scotland supported me to go there and I don’t think I could have got to where I am without them. College helped me with free counselling. That was when I was diagnosed with Post Traumatic Stress Disorder (PTSD) which is a journey I’m still taking; some days are easy, and some days are hard. I used to have really bad anxiety, but I don’t feel as anxious now, I’ve improved a lot. I don’t judge myself and I look to the future. I know I don’t have to be stuck with the same mates doing drugs. I can see that if you do choose, there is a future, and help and support.

“A while ago I got a house and settled down and now things are a lot better. Coming to Venture Scotland changed my whole frame of mind. Being around people who’ve been on the same journey and with a similar background spurs you on, thinking about the future rather than living in the moment.”